We were approached by a local Architect to provide a measured building survey for accurate floor plans, elevations and sections, plus a topographical land survey of the site and a site section of a complicated 18th Century building in Steyning high street.

This building is Grade 2 Listed and was inherently difficult to survey due to the complexity of the shape, layout and the ever changing levels throughout.  We decided to carry out a 3D laser scan of the property, rear garden, front façade and its rear workshops, including all of the elevations, internally and externally as it was the only way to ensure complete accuracy.

It’s prominent Steyning High Street position gave its own set of problems and made surveying the outside of the building tricky.  The 3D laser scanner gained plenty of interest from inquisitive people. The scanner can sometimes latch onto a pedestrian as a vertical object in the scanned environment messing up its registration of the pointcloud scan data it produces. Also glazed shop fronts and mirrors can cause the scanner to see reflections of rooms unless you are very careful around them.

We managed to overcome a few other issues and the strict time constraints to produce an amazing set of accurate floor plans, elevations, sections, site sections and a topographical land and level survey of this Grade II listed building in record time using the latest in surveying technology and 3D laser scanning to capture billions of measurements in just a few hours.  We also now have a complete data set that we can continue to query for our Architect being able to answer any future questions about the property without another site visit. If they need room elevations, or an additional section for instance, it is just a case of segmenting the acquired pointcloud and drawing the data from the known captured points in CAD. 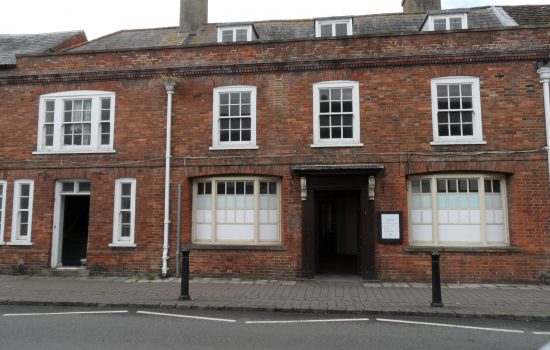 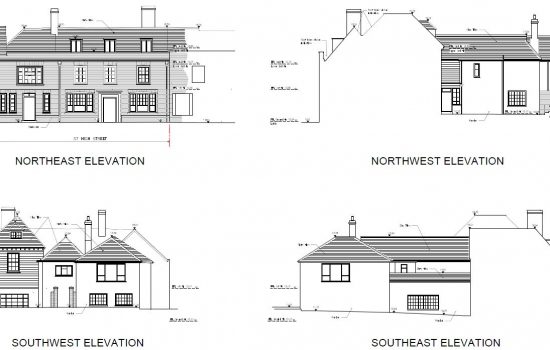 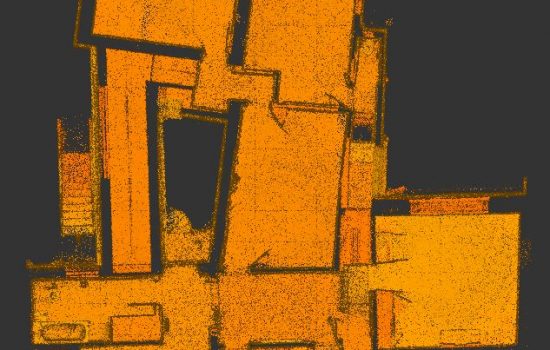 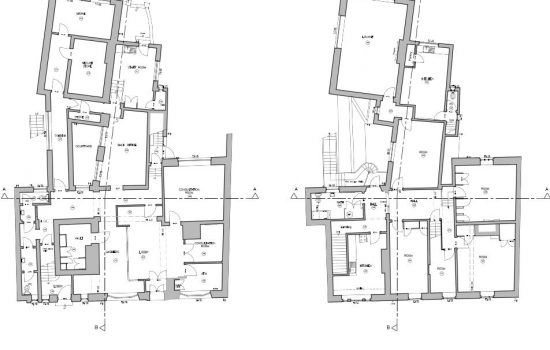