We carry out regular survey work for the NHS (National Health Service) and were recently asked to conduct a topographical land survey, elevation survey and 3D laser scan survey (Scan-to-BIM) around the front entrance of the Eastbourne District General Hospital.

When working in such a high activity area with regular vehicular and pedestrian traffic, health and safety are obviously of paramount importance, so we conducted thorough risk assessments accordingly. Method statements were then provided for approval prior to starting the survey work.

Safety signage and PPE (Personal Protective Equipment) were essential, all of which we were able to provide from our own equipment stores – this meant that the client did not need to hire in the equipment themselves, avoiding additional costs and simplifying the logistics of the project.

The general traffic and frequent ambulance movements made the survey quite challenging, and potentially fairly time consuming too, so we decided to gather data in multiple forms to create a library of information to refer to, reducing the potential risk of missing information using a single method of data capture.

Topographical data was gathered using our Trimble Robotic Total Station Theodolite, and 3D data using our High Definition 3D Laser Scanner. We also then had the option to use the 3D data to produce a colourised geo-located 3D point cloud for Scan-to-BIM 3D modelling (in Revit or SketchUp).

Utilising our centimetre accurate GPS we gathered Ordnance Survey Level and Grid (Newlyn) coordinates of our survey stations, and the 3D laser scan was then geo-referenced using these predetermined survey points. As well as ensuring seamless coverage of the survey area, this also allows for any future survey work to be added at a later stage.

Despite the complexities and amount of data, the survey was completed by two men in a single day on site. We then returned to our offices to produce the topographical, elevation and 3D Scan-to-BIM survey drawings in our Trimble Geosite and CAD software. Final drawings were delivered to the very satisfied client a few days later. 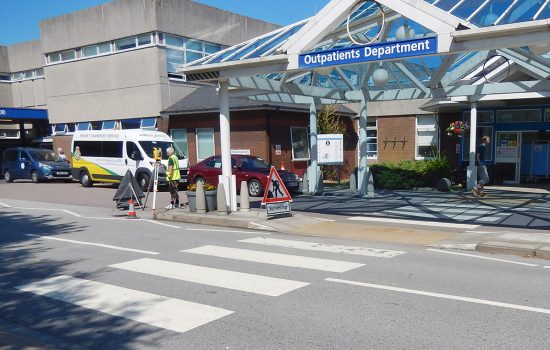 The project involved a full survey of the entrance area of the Eastbourne District General Hospital. 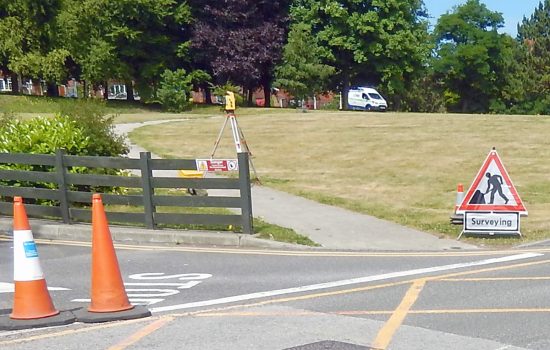 We completed a risk assessment, provided health and safety conscious method statements, and then supplied appropriate signage and safety equipment. 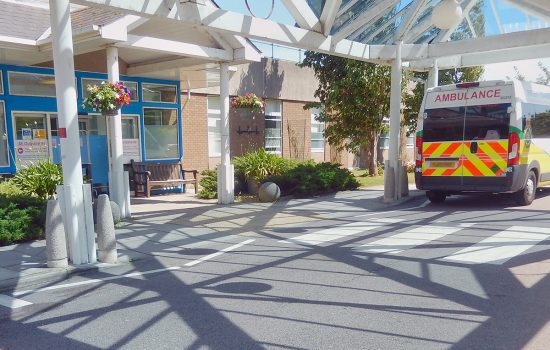 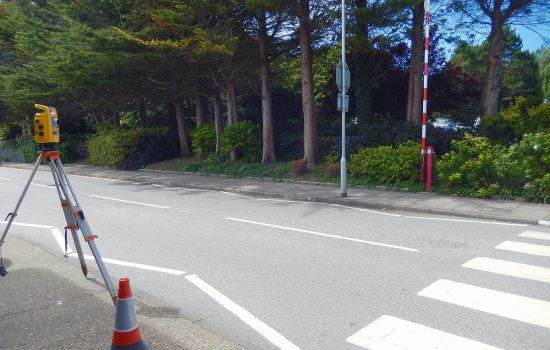 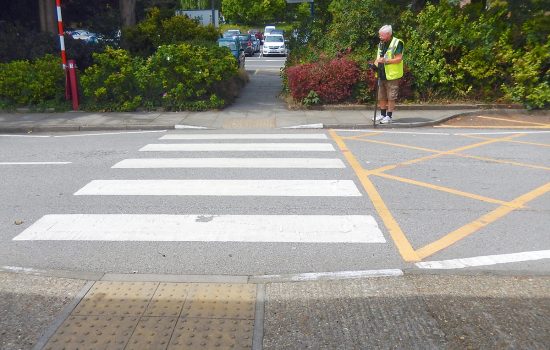 Our two man team completed the survey in one day. 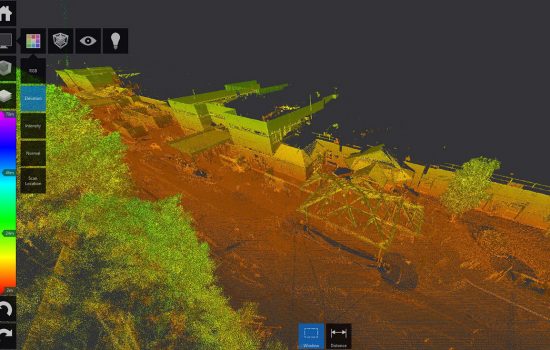 The 3D laser scan provided an additional layer of data that we could combine with the topographical data. 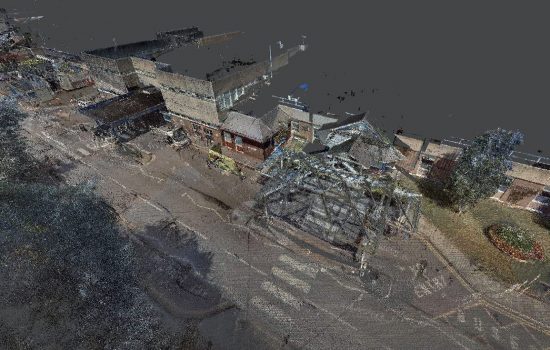 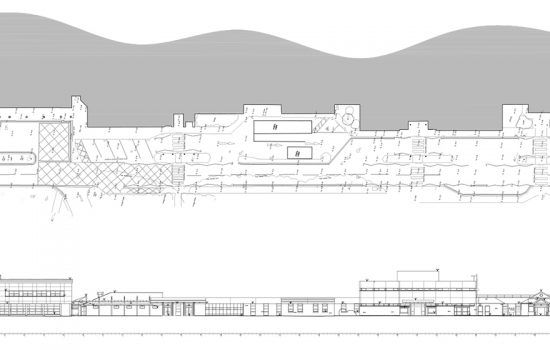